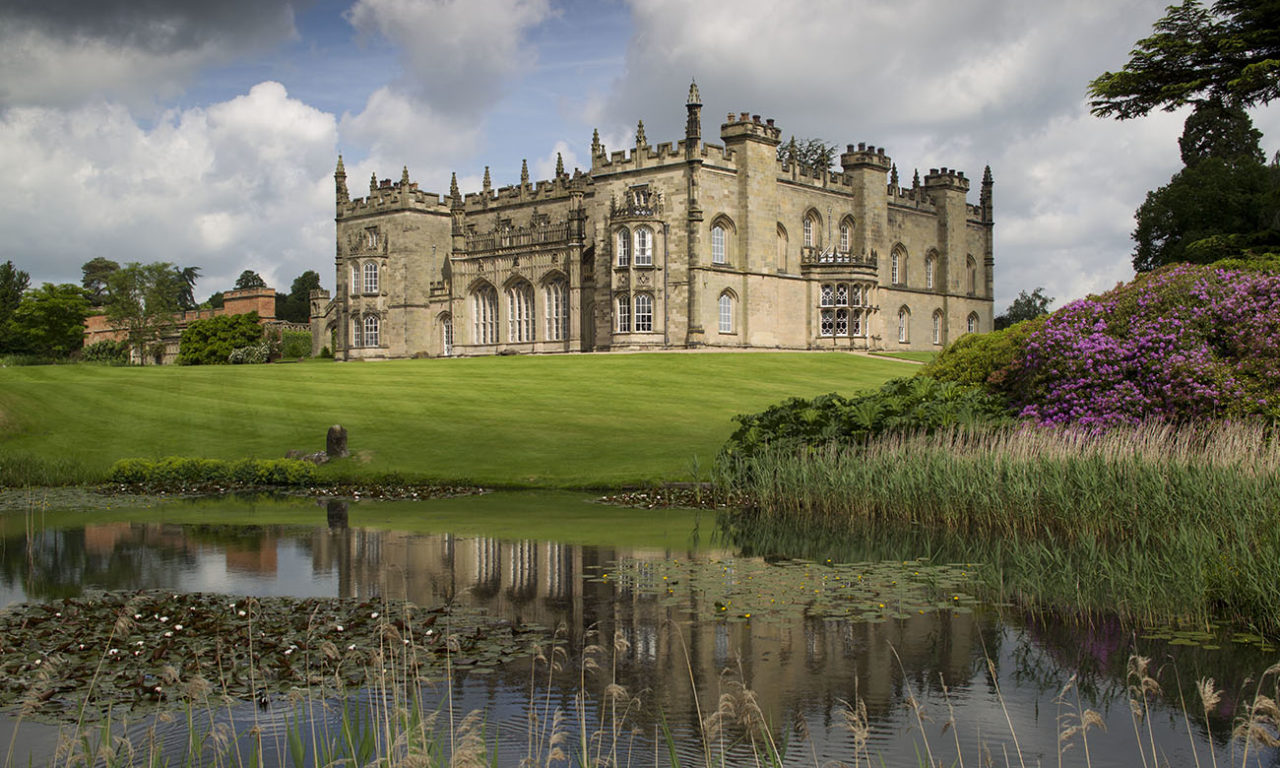 Hall & Gardens are currently closed due to Coronavirus, we are hoping to open the Gardens for 2021. Please check the Arbury website for up to date information.

Arbury Hall has been the seat of the Newdegate family for over 400 years and is the ancestral home of Viscount and Viscountess Daventry. This beautiful Elizabethan house, was built on the site of a 12th century Augustinian Priory. It was transformed in the 18th century to become the finest example of Gothic Revival architecture in the country.

The house contains fine collections of antique furniture, pictures, glass and china and many of the splendid rooms of the house are on view to the public.

Standing in its own parkland, the Hall is surrounded by delightful landscaped gardens with wooded walks and lakes.
George Eliot, born on the estate in 1819 where her father was the agent, features Arbury in several of her novels, especially “Scenes Of Clerical Life” where in “Mr Gilfil’s Love Story” she portrays Arbury as Cheveral Manor and gives detailed descriptions of many of the rooms in the house including The Saloon and Dining Room.

Tea rooms are situated in the old stable block adjacent to the house. 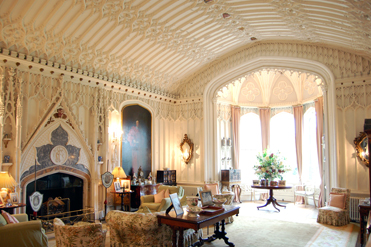 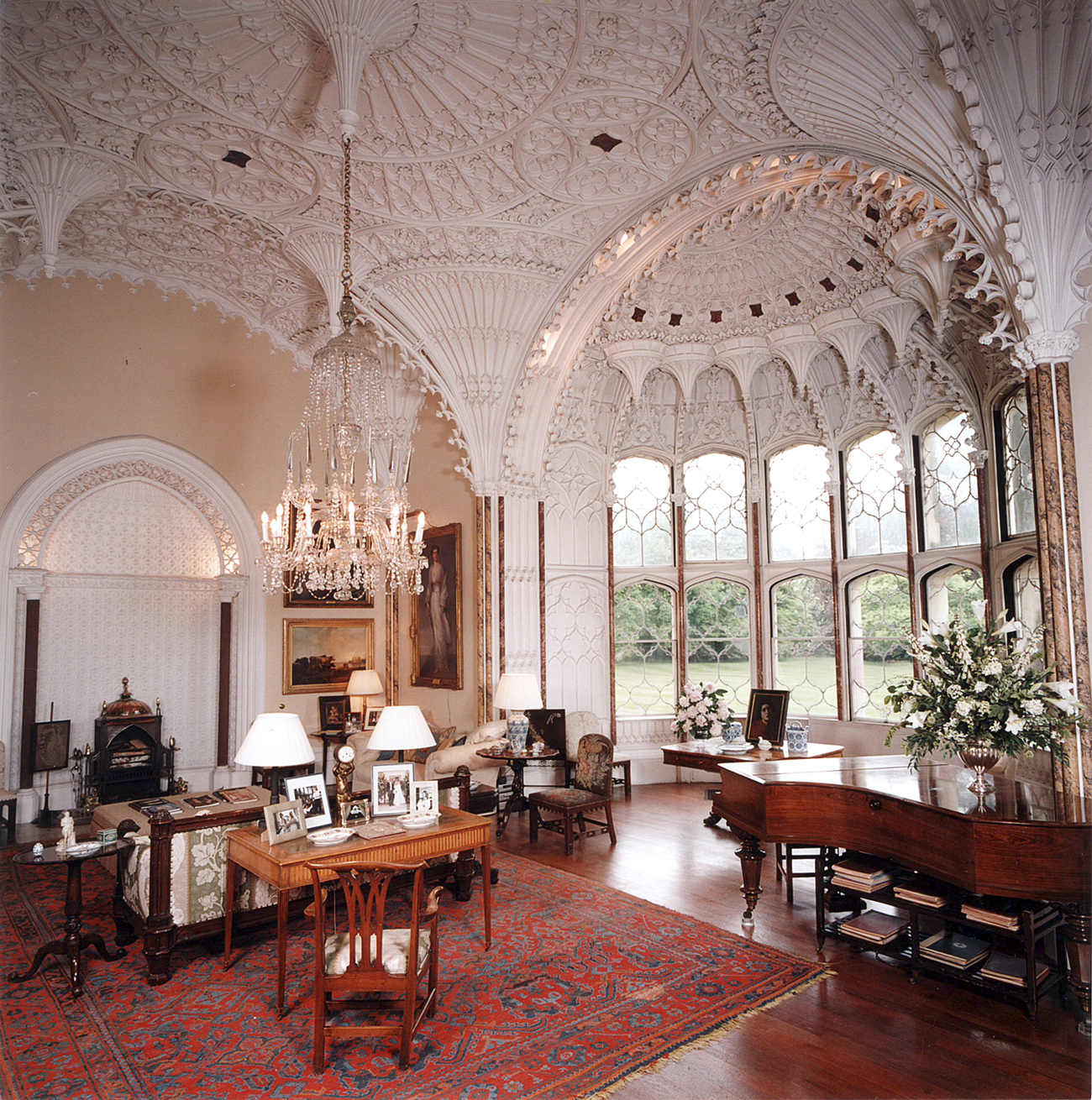 Arbury is situated in the heart of England and convenient for major motorways and Birmingham International Airport.

For bookings and further information please contact the Events Secretary 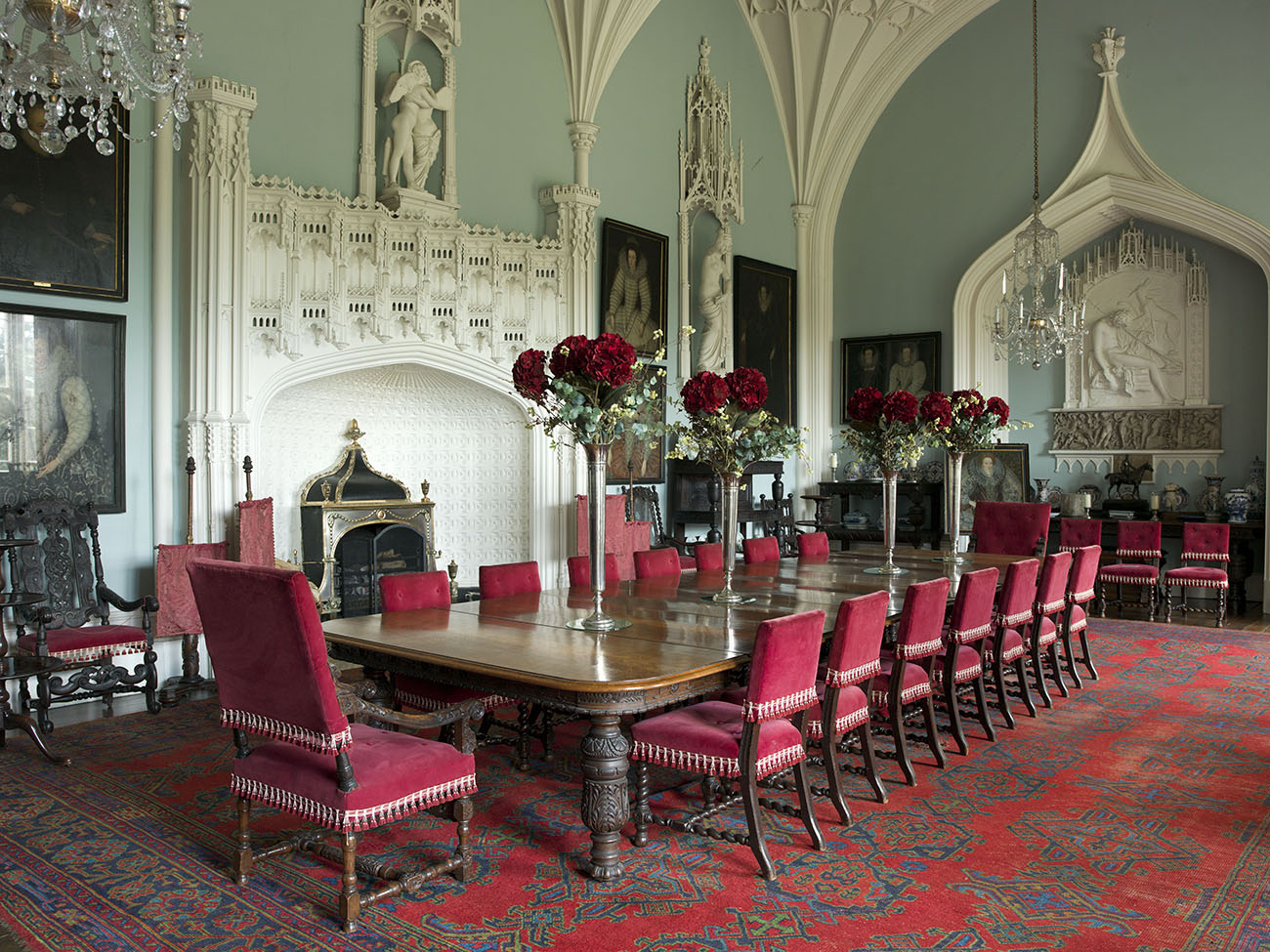